We offer quality affordable bicycles from some of the finest brands including:

At Diamond Back, we are dedicated to giving you the best possible experience in choosing, buying, building, and riding your bike. We strive to enhance every bike-related experience possible, bringing people together through the power of these simple machines. We put 40 years of knowledge and skill at your disposal, promising a solution whether you’re a seasoned vet or just starting out.

From GT’s namesake Gary Turner designing one of the first BMX race bikes in 1972 to our modern carbon fiber creations that redefine fast-as-hell, we’ve built a long legacy of racing and winning, yet never taking ourselves too seriously. As a company, we’re 44 going on 18. And we wouldn’t have it any other way.

Redline Bicycles is an American company offering BMX, freestyle, cyclocross, mountain (MTB), and road bicycles and components that is currently owned and operated by Accell. It also owns and operates a clothing line and five race teams. Redline is predominantly known for its long heritage in BMX racing. It is often referred to as the original BMX bicycle manufacturer having innovated many revolutionary components for the sport such as tubular chromoly forks and cranks.

Haro Designs, the first name of the company, was formed in 1980 with headquarters in Torrance, California. While the company was growing, Founder Bob Haro  traveled around the country performing demos of radical trick riding that had not been seen anywhere before. As a result, Haro earned the title “The Father of Freestyle”. During the early eighties, the company grew rapidly by expanding its product line and establishing national and international distribution. The BMX boom was in full swing and the company built a reputation for developing innovative, top-of-the-line BMX and freestyle bikes and accessories.

Jamis is an American distributor of bicycles, designed in the USA and built in China and Taiwan. A bike is one of the world’s most powerful instruments for change. We know because cycling forever changed our lives, and we’ve seen it change the lives of so many others. That’s why we want to make cycling converts out of everyone, and that’s why there’s a Jamis for nearly every cycling arena, for almost any rider.

At Marin, we believe life is better with bikes. Our brand was born in a cycling mecca, and we ride the same trails and routes that bred mountain bikes and many of the most prolific and innovative brands in our sport. At 30+ years old, we continue to have the same childlike fascination and obsession with bikes that brought us to this industry. Marin County California is the birthplace of mountain bike culture, and home to many of the people and places that have shaped the sport since those first informal, now-legendary, races down Mt. Tamalpais. Marin Bikes was founded in 1986 during the earlier days of mountain biking, and today offers a complete line of mountain, pavement and kid’s bikes.

Located in Countryside and serving the southwest suburbs, Terry is sure to have the bikes you and your family need. We also have a geat staff of mechanics to get you back on the road or trail right away. 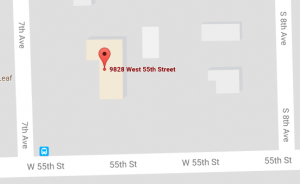